Russia – Two 10.37m-diameter Robbins Crossover (XRE) machines have been chosen to bore the second Severomuysky Tunnel. The tunnel is a 15.5km-long drive that will form part of a new rail line that will supplement the existing Baikal-Amur Mainline (BAM).

This line carries 16Mt of cargo, but the government wants to increase this capacity six-fold. The largest global anthracite producer, Sibanthracite Group, is taking on the tunnel construction with management by VostokCoal Management Company. The companies aim to increase coal transport by up to 100Mt per year through the addition of the second tunnel.

The project is located in the Severomuysky Ridge, a mountain range in Buryatia and part of the Stanovoy Highlands, which separates the basins of the Upper Angara and Muya Rivers. This is one of the most geologically active areas of our planet—on the north-eastern flank of the Baikal rift zone. The region is characterized by high seismic activity, difficult geological and hydrogeological conditions against the backdrop of a harsh climate (the summer period lasts only 80-100 days, temperatures from + 39°C in summer to -58°C in winter). The construction work on the portals is complicated by the presence of permafrost as well

The local ground is characterised by heterogeneous geological conditions ranging from unstable, waterlogged soils to hard rock, which led the client to opt for a multimode machine. Lessons learned during the first Severomuysky tunnel—the importance of probe drilling, consolidation grouting, and preventing the shield from becoming stuck in fault zones or squeezing ground have informed preparations for this second drive.

A spokesperson for the manufacturer said, “The machines will be designed for varying water pressures, ranging from 5 to 20 bars. They will feature Water Inflow Control, a system that seals off the face and periphery and creates a safe working environment in which to dewater and consolidate ground. The machines will feature probe drill ports and capabilities for 360-degree probe drilling and grouting ahead of the excavation face, while the Robbins Torque-Shift System will enable the machines to bore through collapsing ground and other situations that demand high torque. The machines will also be designed with a belt conveyor in hard rock mode that can be switched out with a screw conveyor when crossing into soft ground.”

The manufacturer also highlighted that the original tunnel, the Severomuysky Service Tunnel, was excavated by one of its machines, a 4.56m diameter double shield that was delivered in 1979.

Robbins president Lok Home added, “I was a young engineer working at Robbins when the double shield TBM was delivered for the first tunnel, so it is a special honour to bring this new technology to the second Severomuysky Tunnel in Siberia.” 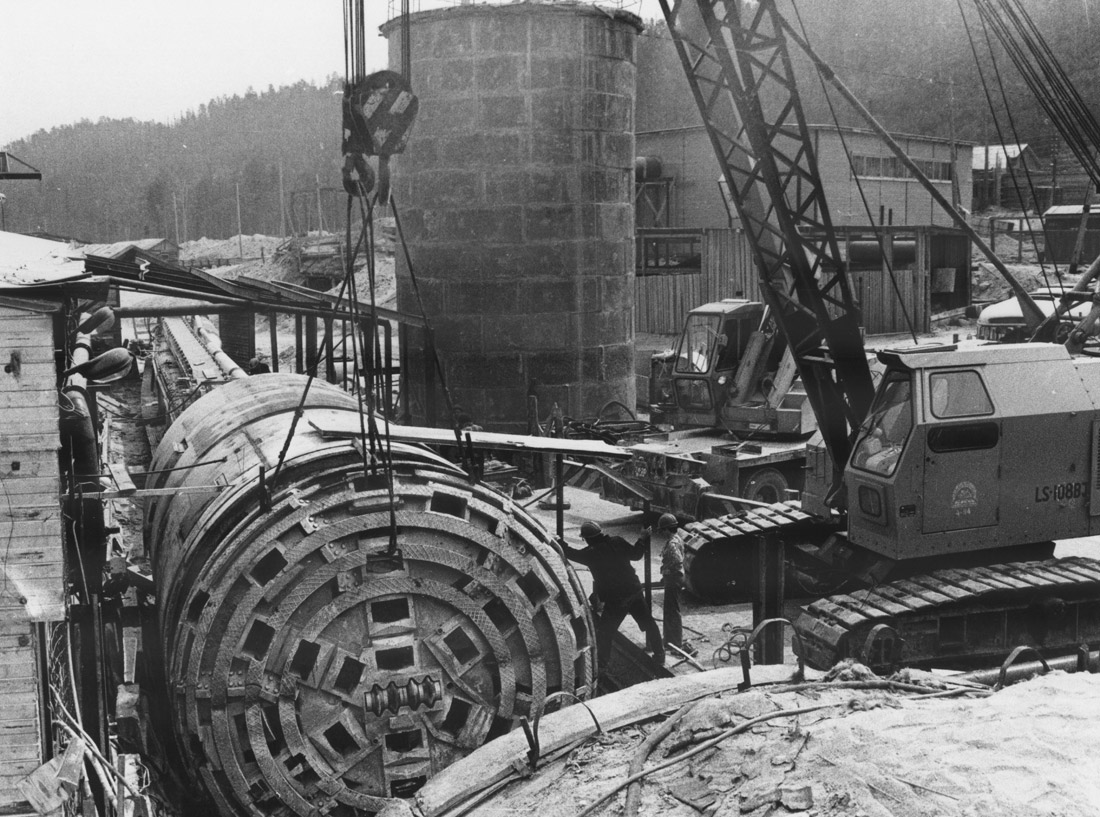