China – The TBM boring Lot 1 of the North Line Water Irrigation Project broke through in January. The 5.97m Robbins machine completed the first of two tunnels which will form an 11.9km-long conduit for this 29.4km drought tunnel network located near Laibin City in Guangxi Province.

Much of the geology consisted of lightly weathered limestone in rock class II to III, with some sections in class IV to V rock that required the heaviest amount of ground support, ranging from rock bolts to ring beams and mesh. “Our team encountered a coal seam, gasses in the tunnel, two large water inrushes, three fault zones up to 103 m long, 11 karst cavities, and more. In order to solve the ground problems, there were more than 160 special technical research meetings held,” said Yongjiu Jin, deputy project manager for the contractor.

A spokesperson for the contractor added, “While the completion of the first tunnel—the longest single-heading construction on record for water tunnels in Guangxi—is a milestone, there is more to do. The Robbins machine will be inspected and relaunched to bore a second tunnel 4.2 km in length. The ground conditions are predicted to be equally challenging, but the tunnelling operation has some help from ground prediction methodology. Tunnel Reflection Tomography (TRT)—consisting of ground prediction using seismic waves – is being used to detect changing conditions ahead of the TBM. The method can predict the distribution and scale of joints and fissures, allowing the crew to plan ahead.” 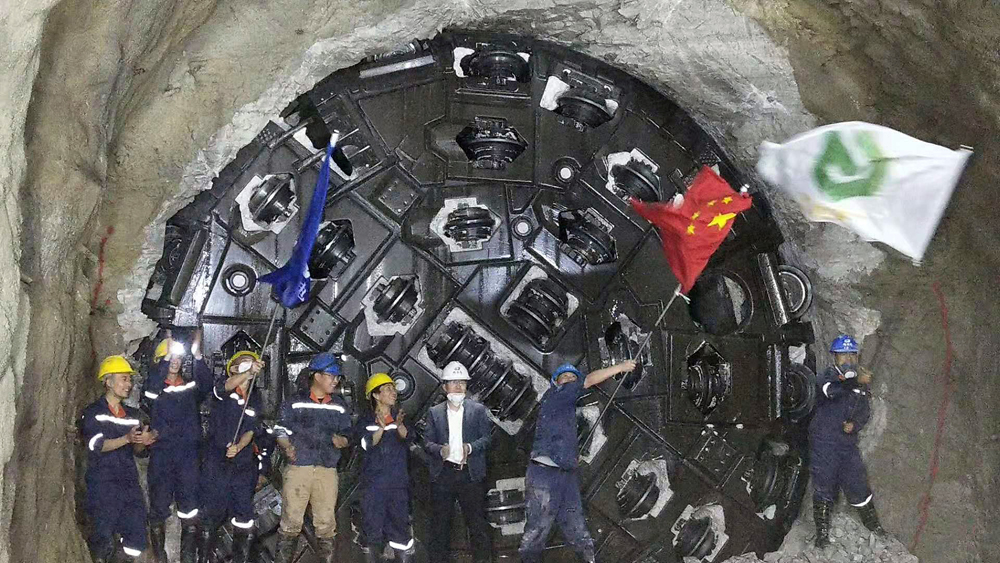 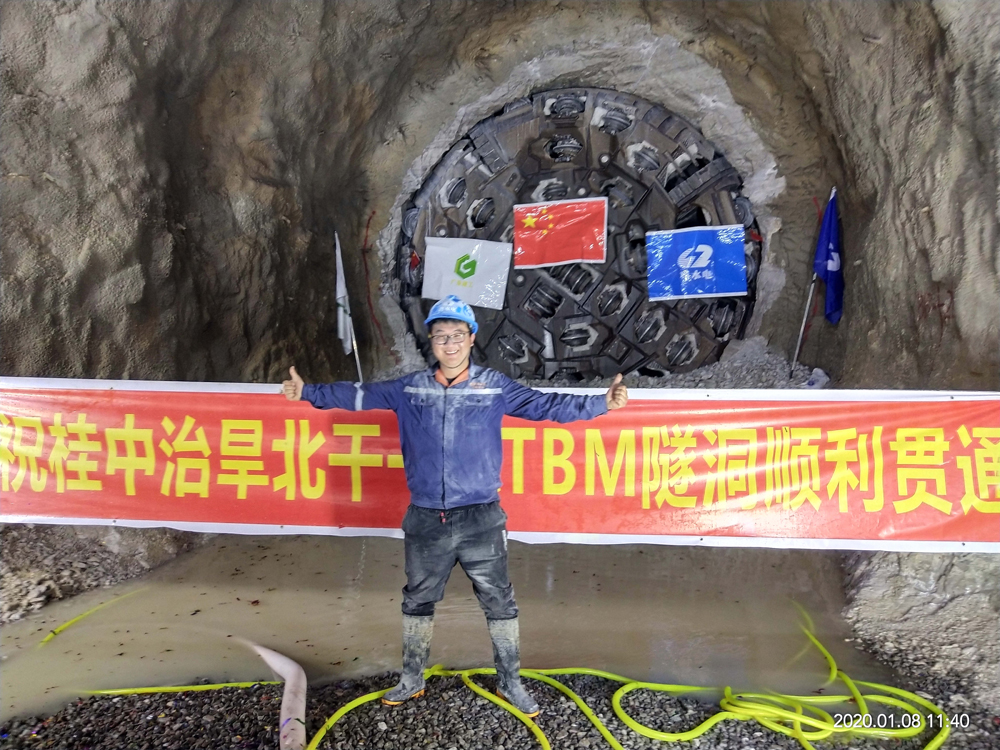 The TBM bored through limestone rock, and installed a full range of ground support, from rock bolts to ring beams and wire mesh.