Great Britain – Britain’s new high-speed rail link between its southern capital and major northern cities has survived a review process and will go ahead. British Prime Minister Boris Johnson approved the project, hailing it as a ‘new spine of British transport’ but said the decision was difficult and controversial.

However, Johnson has said he has committeed fully not just to Phase 1 of the project (London to Birmingham) but also to Phase 2a (Birmingham to Crewe) and Phase 2b (West Midlands to the North).

In order to work out how best to deliver Northern Powerhouse Rail (formerly ‘HS3’, the link between Leeds and Manchester) and Phase 2b more effectively, the government said it will draw up an integrated plan for rail in the North, informed by an assessment from the National Infrastructure Commission.

Johnson heavily criticised HS2 Limited, saying that it had not distinguished itself in the handling of local communities or cost forecasts. A minister will be appointed to the project and a ministerial oversight group will be tasked with making strategic decisions about it. Johnson also promised to look for cost-savings, but promised that there would be no detailed redesign. The delivery entity may see its role ‘re-defined’ and it will be forced to regularly report to parliament. 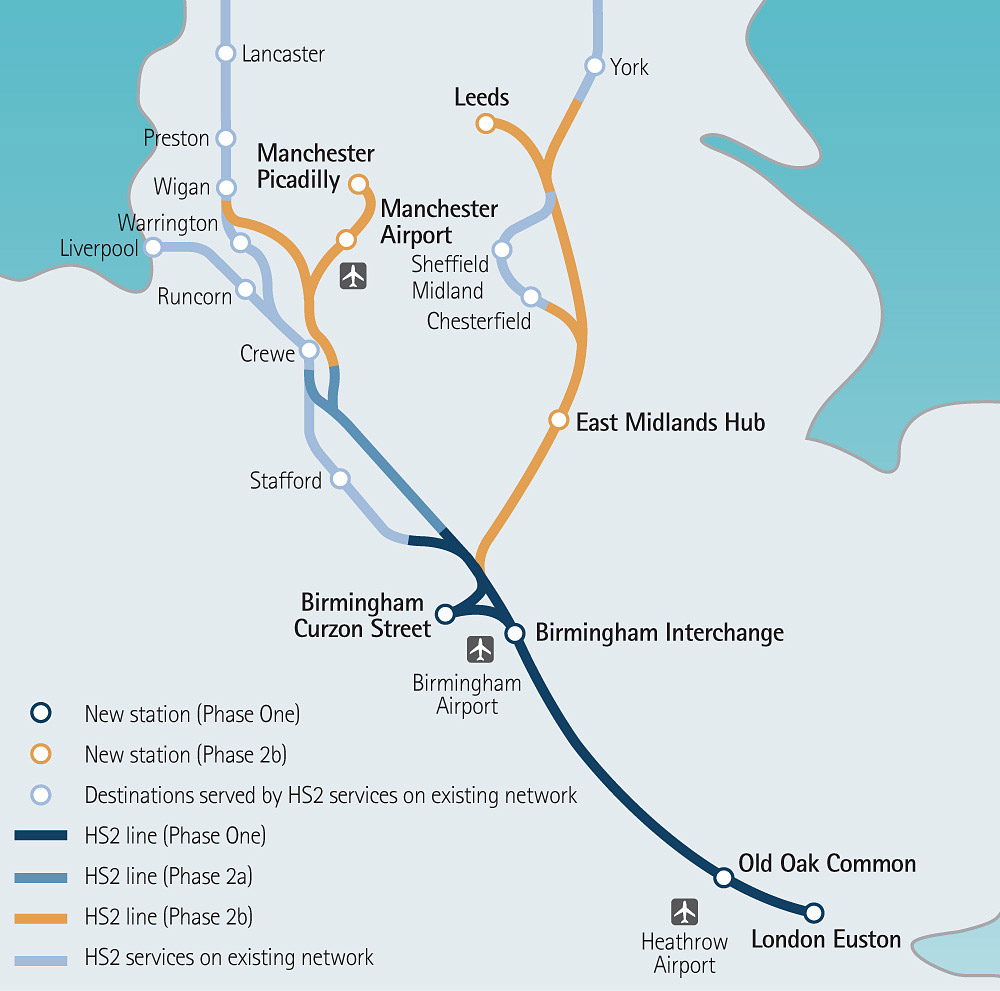