India – Two Terratec EPBMs have been completed and shipped to the underground works on Line 1 of the 16.56km Pune Metro. The TBMs have already been despatched from the factory in China and are currently being shipped to the port of Mumbai. Both machines are expected to arrive in November and will be transported to Pune where they will be assembled and then tested on site in mid-December.

Earlier this year, Maharashtra Metro Rail Corporation announced that the Gulermak-Tata joint venture had won both of the twin-tube tunnel packages on the new north-south metro corridor. The 5km underground section, which runs from the College of Agriculture in Shivajinagar to Swargate and has five stations, is considered the most challenging portion of the line, as it passes under the densely populated areas of Kasba Peth, Budhwar Peth and Mandai market.

A spokesperson for the manufacturer said, “The EPBMs have mixed-face dome-style cutterheads designed to work in the compact basalt that is expected on these contracts at pressures of up to 4 bars. As the TBMs progress, they will install 1,400mm wide by 275mm thick pre-cast concrete lining rings, which consist of five segments plus a key.”

The main challenges on the project will include tunnelling beneath century-old surface structures, crossing under the river Mutha and TBM lowering and dismantling in built up areas of Budhwarpeth and Mandai stations with limited access available.

When complete in 2022, Pune’s Metro network will comprise three rail corridors with a total length of 54.5km. 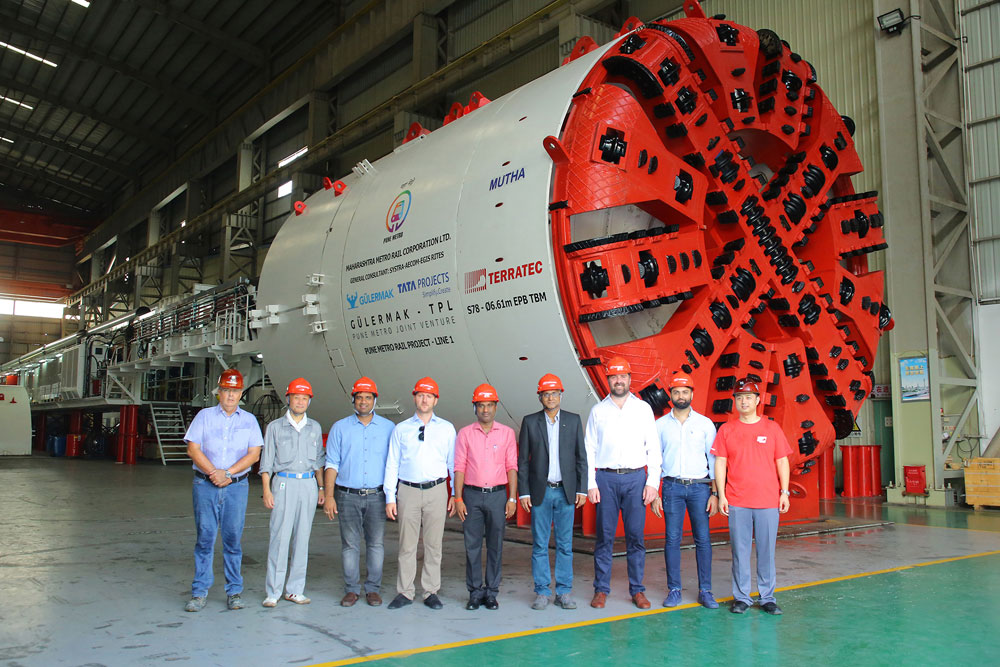 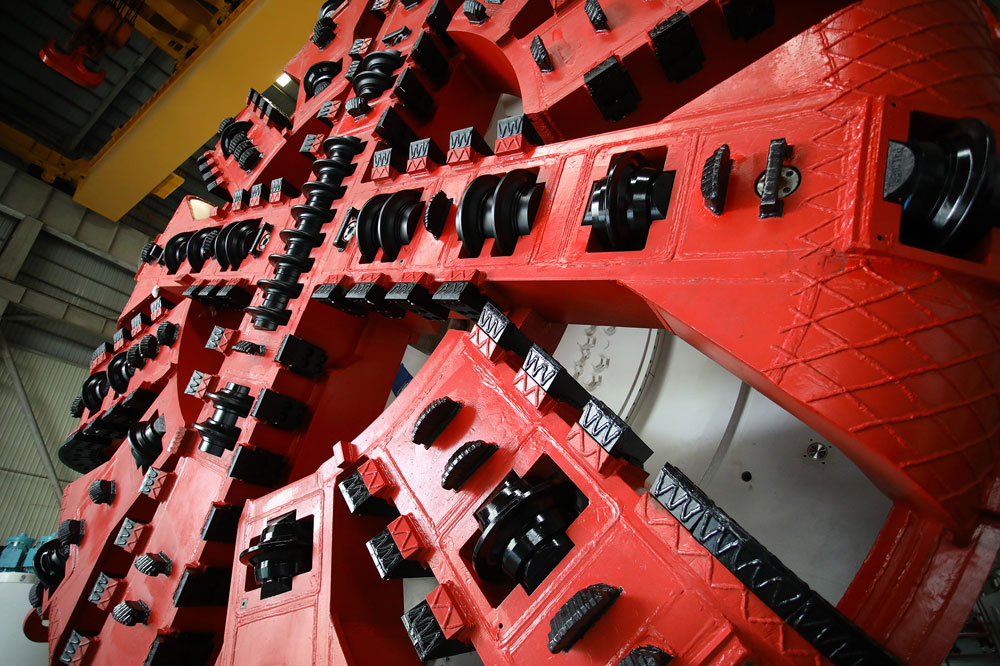