A particular quirk of the drive was the presence of uncharted caverns, the largest of which was an 8,000cbm expanse. The tunnel is located below the community of Cassis in southern France. It is an area of limestone known for its groundwater, karstic cavities, and voids. The limestone, combined with powdery clays, made for difficult excavation after the machine’s March 2017 launch.

At the 1,035m mark, the crew hit a cavern on the TBM’s left side. The cavern, studded with stalactites and stalagmites, was grazed by the TBM shield. The crew had to erect a 4m-high wall of concrete so the TBM would have something to grip against. The TBM was then started up and was able to successfully navigate out of the cavern in eight strokes without significant downtime to the operation – the process took about two weeks.

A spokesperson for Robbins said, “The first cavern, while the largest, was not the most difficult void encountered. The machine was averaging 20 to 22m advance per day in two shifts after clearing the first cavity, with a dedicated night shift for maintenance. While excavating, a combination of probe drilling and geotechnical BEAM investigation – a type of electricity-induced polarisation to detect anomalies ahead of the TBM – were used. Crews ran the excavation five days per week, achieving over 400m in one month. This performance continued until the 2,157m mark, when the machine grazed the top of an unknown cavity that extended deep below the tunnel path. The structure measured 22m long, 15m wide, and 14m deep, or about 4,500cbm of open space.”

Crews probed in front of the cutterhead and began work to stabilise and secure the cavity with foam and concrete, as well as excavate a bypass gallery. “After filling much of the cavity (1,500m3), our biggest difficulty was to ensure the gripping of the machine: We needed six bypass galleries and four months of work to reach the end of this challenge,” said Dhiersat. For the last 600m of tunnelling, “we were finally in good rock,” he emphasised. Overall rates for the project averaged 18m per day in two shifts, and topped out at 25m in one day.

Marc Dhiersat, project director of the Galerie des Janots tunnel for contractor Eiffage Civil Construction said, “We are proud to have led a motivated and conscientious team to the end of the tunnel who worked well without accidents despite the many technical difficulties encountered.”

Galerie des Janots is one of fourteen operations designed to save water and protect resources, which are being carried out by the Aix-Marseille-Provence metropolis, the water agency Rhône Mediterranean Corsica, and the State Government. The Janots gallery, once online, will replace existing pipelines currently located in a railway tunnel—these original pipes have significant deficiencies with estimated water losses of 500,000cbm (132 million gallons) per year. The new tunnel will increase capacity to 440 liters (116 gallons) per second. 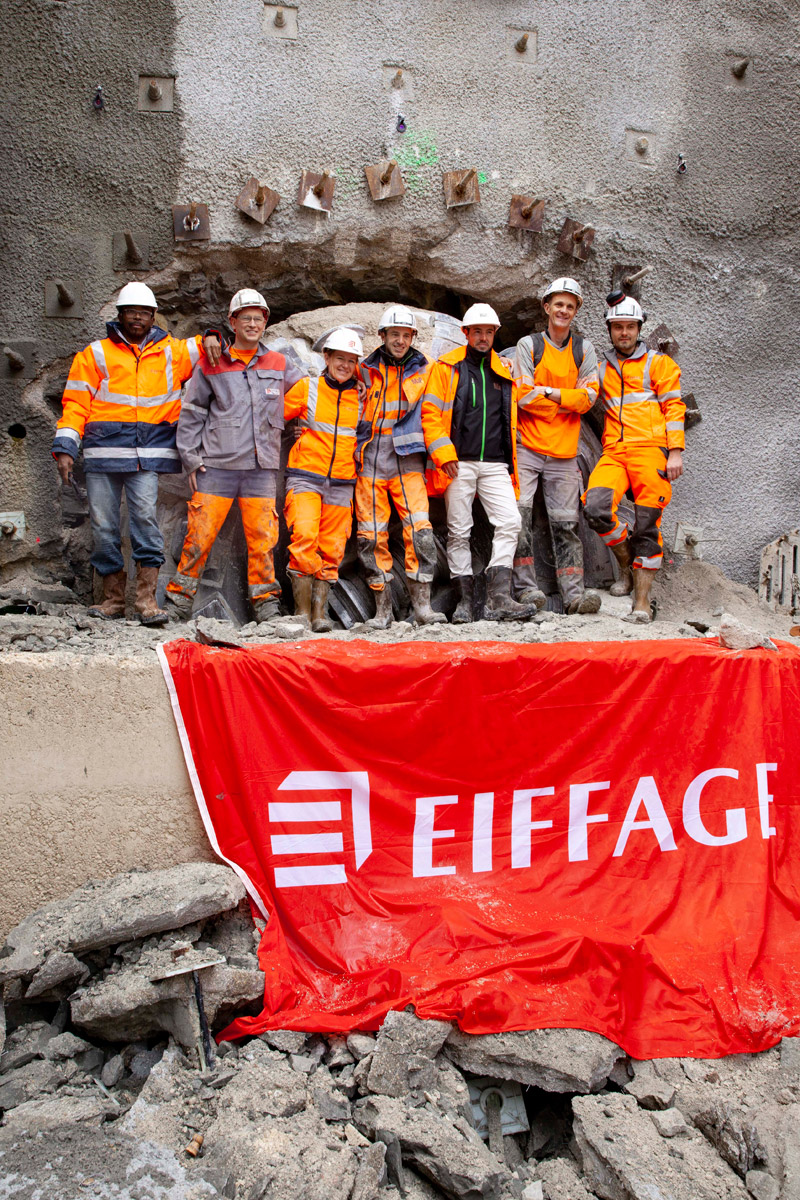 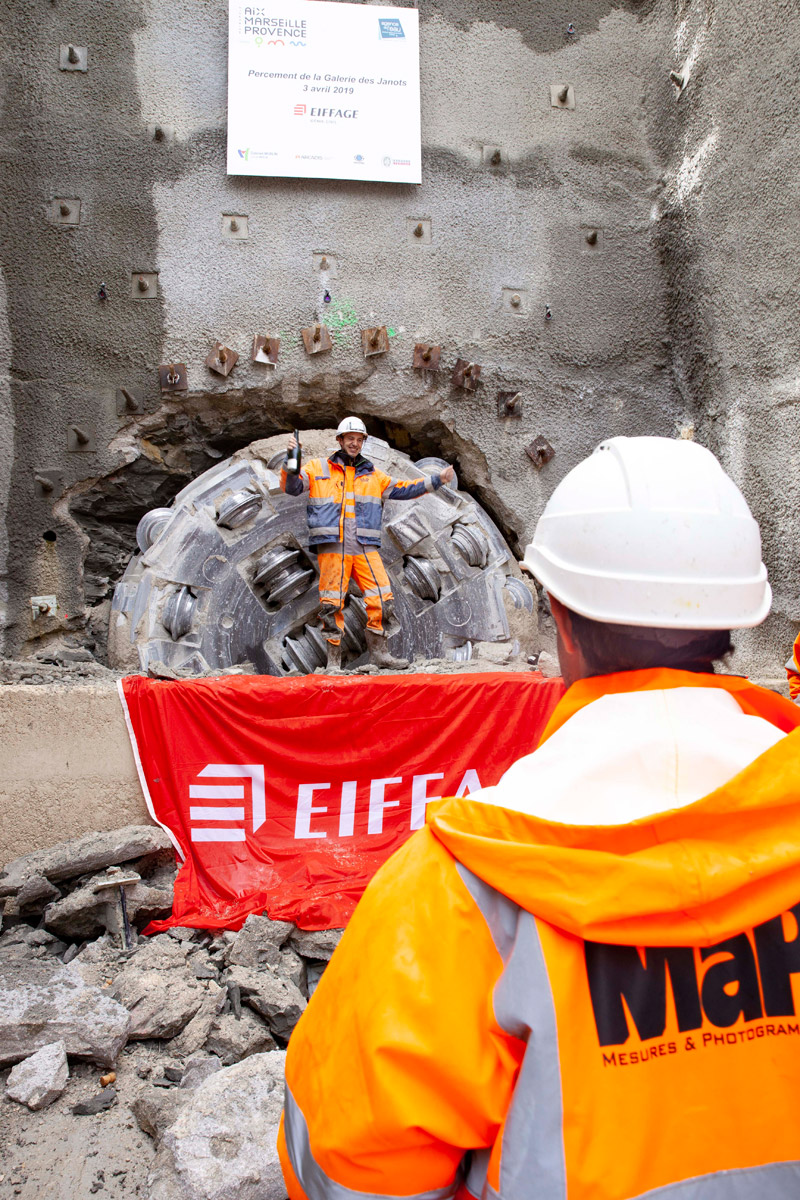 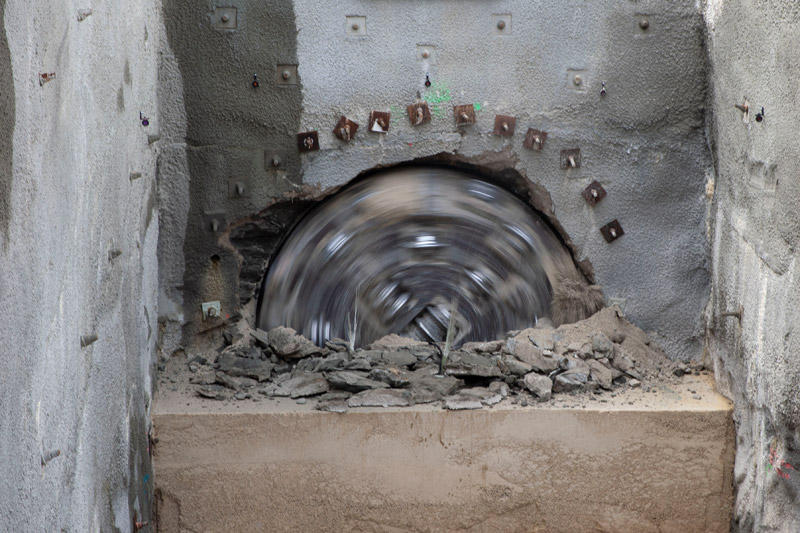 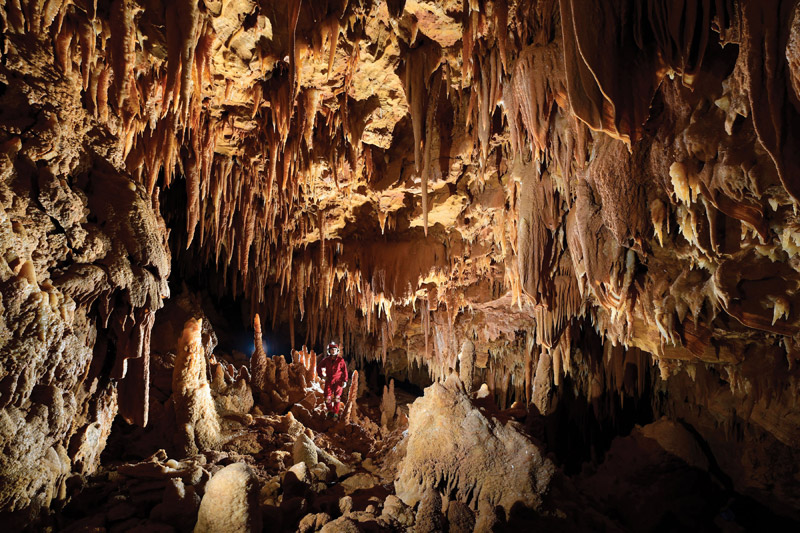 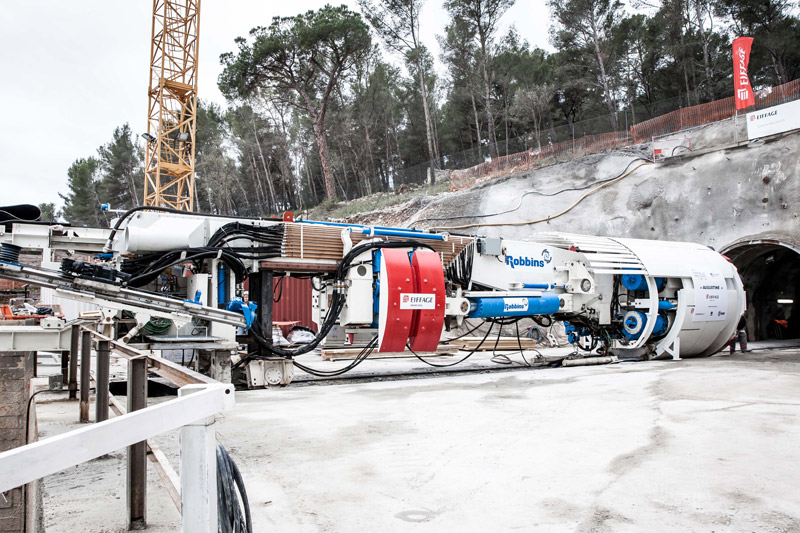