Great Britain - Work on Glasgow’s Shieldhall project is halfway complete, according to Scottish Water. In an announcement in early May, the client said that the milestone was reached as the TBM passed under Pollok Park. The project will be the longest wastewater tunnel in Scotland when complete.

The main portion of the works is a 5km-long, 4.7m-diameter segmentally lined tunnel designed by Aecom and built by the Costain-Vinci Construction Grands Projets joint venture. It is being excavated by a Herrenknecht slurry TBM that will erect around 3,250 rhomboidal rings during its drive, which are each 1.5m long, 250mm thick and reinforced with 35kg/m3 of 4D Dramix fibres supplied by Bekaert Maccaferri. Tunnel Designers said that the 5D product was considered but they were satisfied with the strength of the 4D which resulted in a compressive strength of around 80N/mm2, easily exceeding the specified 60N/mm2. The segments themselves are cast by FP McCann at its plant in Derbyshire in the English Midlands.

Geology along the relatively flat drive has consisted of clays, sandstone and mudstone. Teams have also had to grout extant coalmines of various sizes that date back centuries. JWH Ross provided an accurate mapping of these mines. 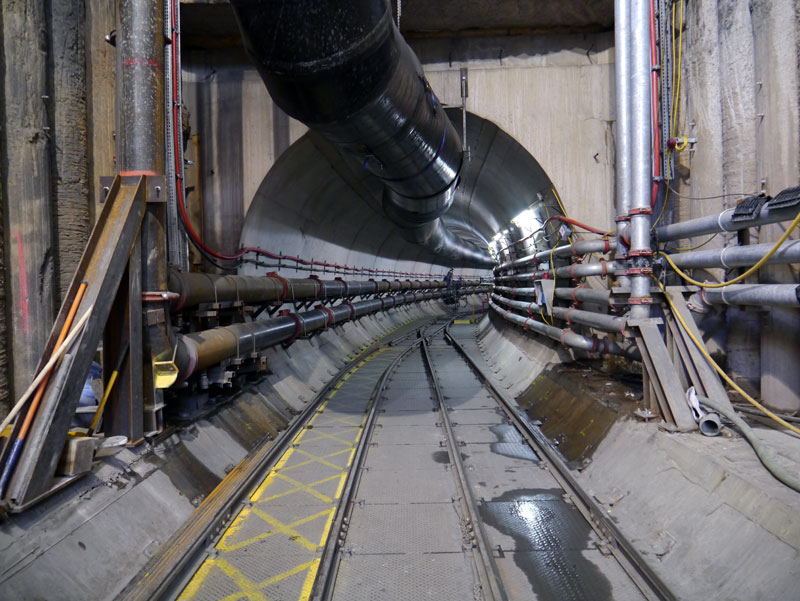