Norway – With a double breakthrough on schedule, the excavation of the longest rail tunnel in the Nordic countries is completed.

The final two out of four 150m-long TBMs excavating the tunnels for the Follo Line, have successfully drilled 9km each and thereby finalized the excavation of this extensive tunnel system, started up by the Norwegian prime minister in September 2016. The first double breakthrough happened in September 2018 when two machines heading northbound towards Oslo, had successfully drilled their part.

The Norwegian National Rail Administration, Bane NOR, said it is pleased that the tunnel production so far has been executed on schedule. High speed rail through this tunnel will give a 50 per cent reduction in travel time, from 22 to 11 minutes between Oslo and the smaller town Ski. The Follo Line will provide an efficient transport system with increased capacity and will be of great importance for growth and development in both the Oslo and the Follo region, said Birger Steffensen, deputy director Infrastructure Construction, Bane NOR.

Around 350 guests and employees were present when the last two TBMs, both with a diameter of close to 10m, completed the journey side by side on Tuesday 26th February.

Close to 20km of the 22km long Follo Line, is in tunnels. For the first time, Bane NOR decided on separate tubes for a long railway tunnel, which lead to the production of in total 36km drilled tunnel. In addition to the drilling, parts of the tunnel system are produced by drill & blast methodology.

In total, approximately 18,000 working hours in four shifts on each TBM, have been necessary to keep progress. On each of the last working machines, 112 employees have been involved in the production and 24 with the maintenance. At the peak of the tunnel production 1,000 persons went through the gates of the large rig area, which also included in house factories for segment production.

"Thanks to the strong emphasis on quality, safety, innovation and expertise, Acciona Ghella Joint Venture has delivered an effort we are proud of. We have produced more than 18km, high-quality separate tubes tunnel, we deliver on schedule and we keep what we have promised," said director Fernando Vara of Acciona Ghella.

"We have faced Norwegian hard rock and some challenging ground conditions, but due to our experience and good work, we have been able to deal with it and we are pleased to manage such a huge and demanding TBM-project. Now we are moving into a new phase, and we are confident that we will do a good job also in the remaining work with rail technology," he said.

The four TBMs are now being dismantled and shipped from Norway back to the producer, Herrenknecht in Germany. 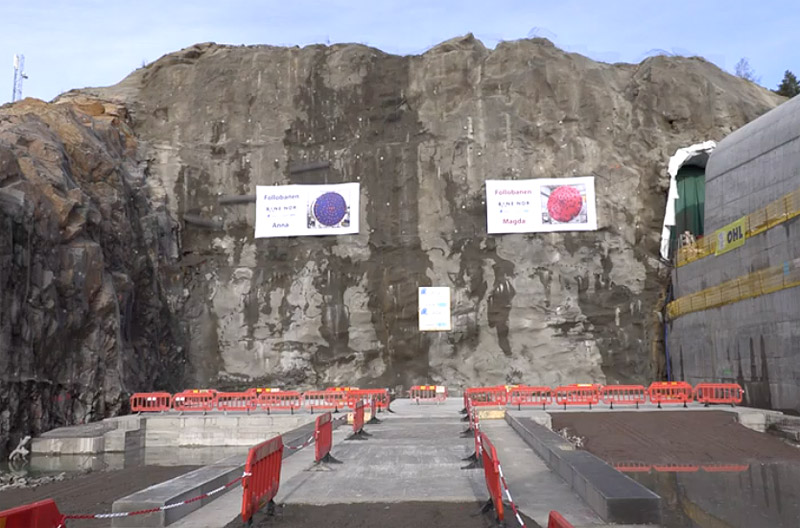 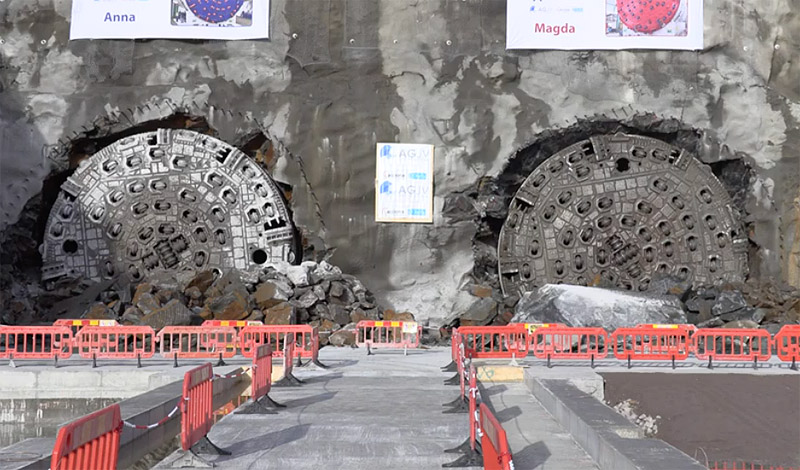