Germany - Tunnelling and pipe jacking has concluded on the Emscher sewer. The final drives, two 10km-long main collectors in the town of Oberhausen, were carried out by contractor Porr between October 2014 and June 2017 using two Herrenknecht 3,397mm EPBMs.

A spokesperson for the manufacturer said: “The two EPB Shields were the only machines in the entire project using the segmental lining method. With an inside diameter of 2.6 meters, the twin tubes are among the smallest segmentally lined tunnels in the world. The entire tunnelling system with a length of around 85 meters was designed to be accordingly compact. The logistics were also adapted for the small diameter. Thus, for example, a muck removal concept with a locomotive was used, where excavated material was transported in buckets to the shaft and the finished segments were transported to the tunnel face.”

In terms of challenges, the alignment called for curves of 200m in radius and was situated mostly between the A2 motorway and other inner city infrastructure. There was also a 300m-long fault zone with sandy and groundwater-bearing subsoil. Generally the geology was Emscher marl.

The Emscher is a small river that passes through a series of German cities on its way to the Rhine River. Since industrialisation in the mid-1800s, the river was used as an open channel for sewage, flood and rainwater. It reportedly became the dirtiest river in Europe. The commissioning of the 51km Emscher sewer system in 2020 will remedy this. 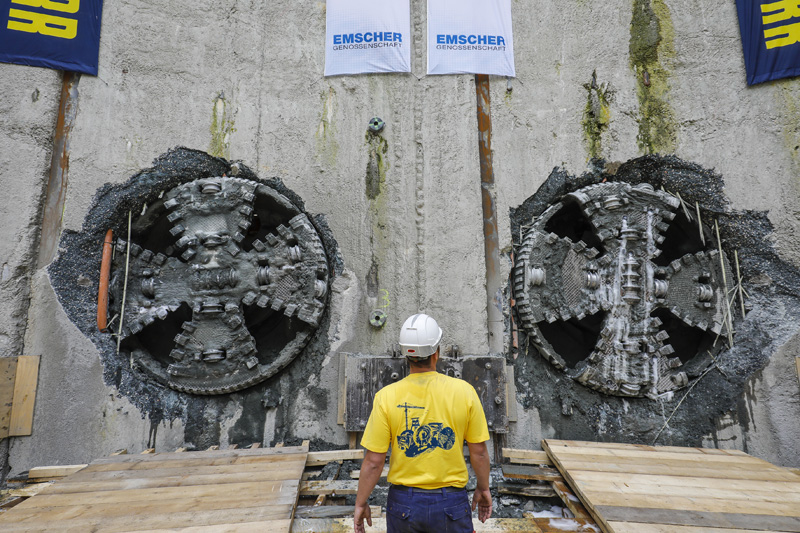 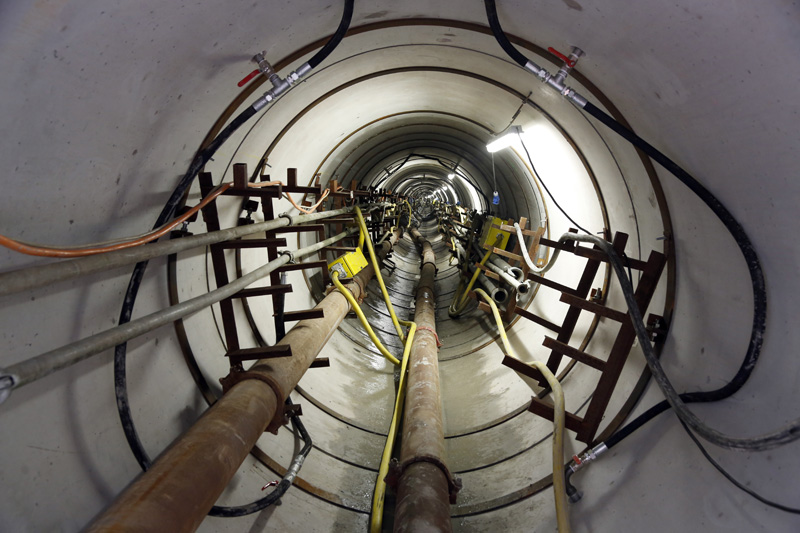