New Zealand – The sea outfall project at Whangaparaoa broke through on 2 August after four months of excavation. The 1,930m-long drive was undertaken by McConnell Dowell using a Herrenknecht AVN 1000DP with an excavation diameter of 1,220mm. The drive is the longest yet for the German manufacturer’s Direct Pipe system.

The machine has already been lifted out of the sea at the outfall and towed ashore.

“The pipeline connects the pump station with the discharge point, about 1km off the coast. This will increase the capacity of the wastewater treatment plant.

“The new discharge at Watercare’s Army Bay Wastewater Treatment Plant is scheduled to go into operation early next year and will equip the facility for future population growth.

“Special attention is being paid to environmental protection so as not to impact the surrounding recreational and fishing area. Additionally, kiwis were present in the project area. The flightless bird is New Zealand’s national symbol and is under special protection.” 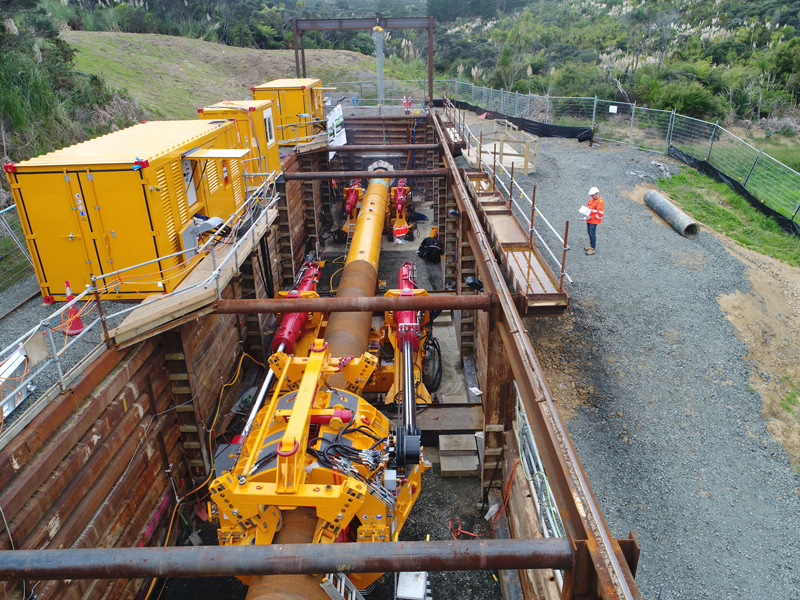 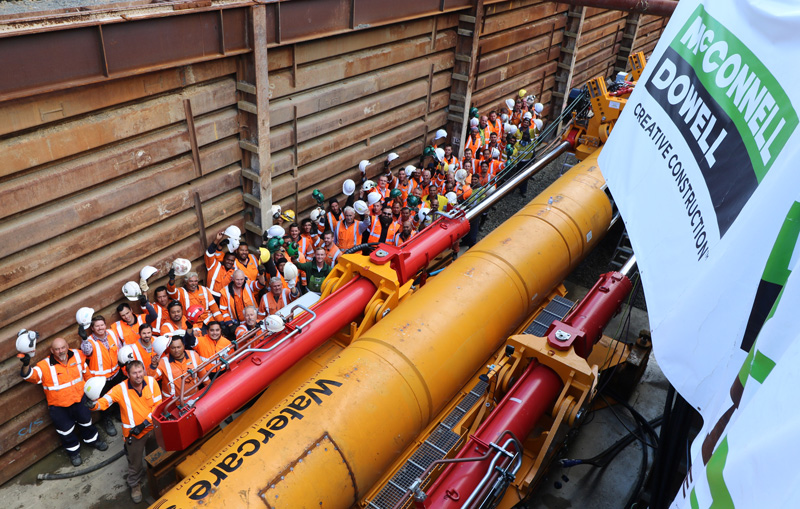 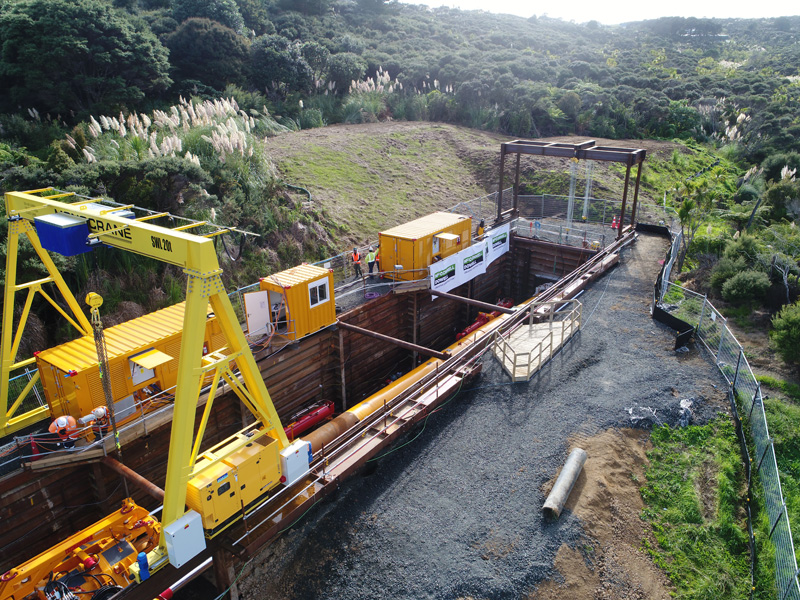